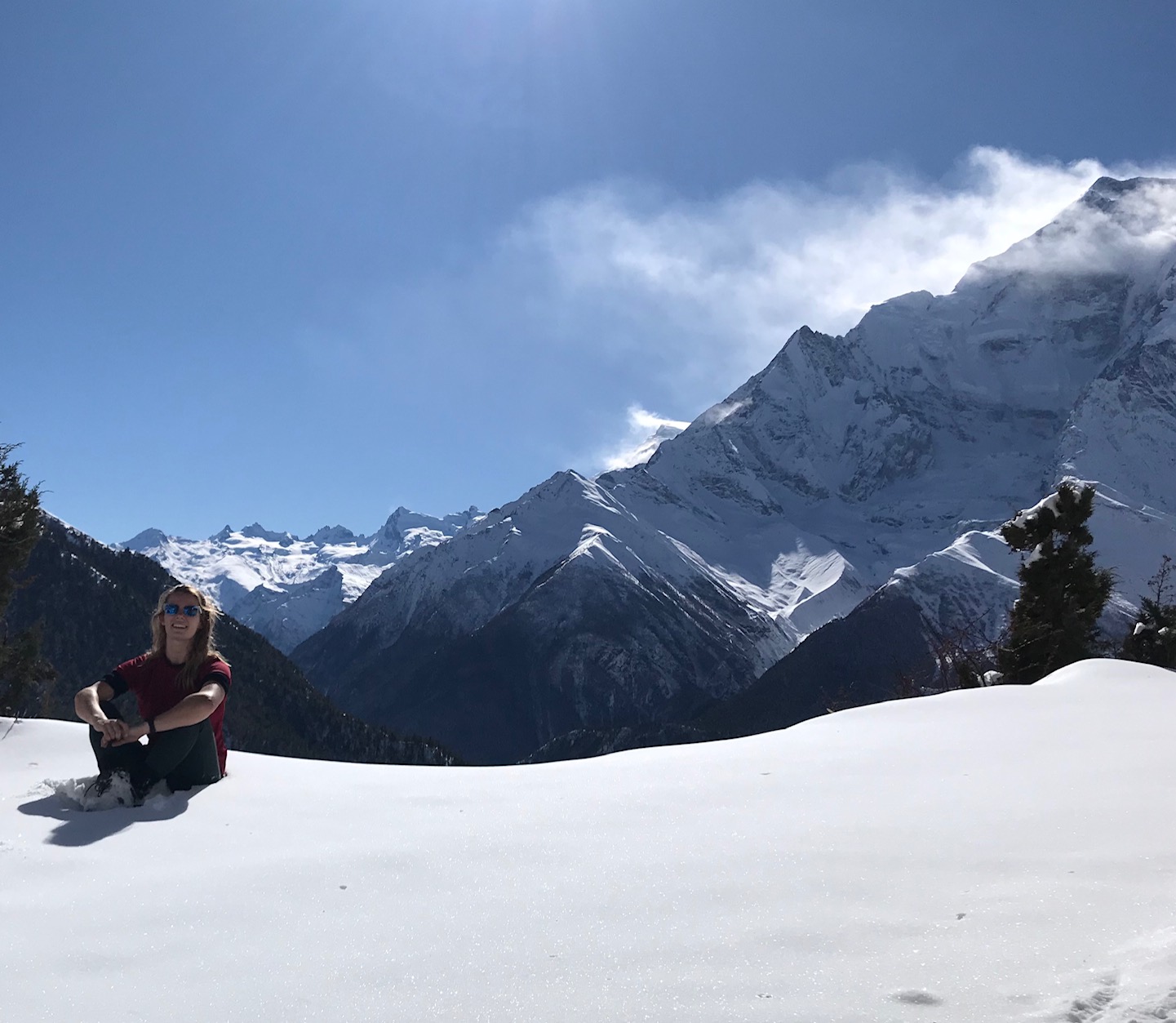 I took the opportunity to travel to a country where 90% of the people are Hindus, where Christmas is not celebrated en masse, as a way to escape the western frivolities that I find somewhat claustrophobic. I saw myself high up in the snowy Himalayas on the Annapurna Circuit of Nepal, a 160-230km trek to altitudes of >5000m and with picturesque views of the Annapurna Sanctuary. I would find solace in the serenity of the mountains, perhaps with a fire and a good book.

I avoided the throngs of people doing last minute shopping, instead trekking for up to 8 hours/day through jungle then alpine landscapes towards the Thorong La pass (see what I did there? ‘THRONGS’ of people… ‘THORONG La’….).

I joined forces with two other ‘strays’, flew down a slope on a make-shift sled with a local family, played ghost football on the most picturesquely located football pitch and had a Happy Meal at Yak-Donalds.

I could be walking in a t-shirt under the sun, but the temperature plummeted in shade or after sunset. Teahouse rooms are mostly bare stone with the bathroom often having no glass in the window gap… and I had a 3-season sleeping bag with a minimum temperature of 0 degrees…

While folk at home would be receiving new socks, I was washing my 3-day-old pair in icy water and yak soap (that I also used for my hair), hoping they would not freeze overnight like the taps would. We filled our filter bottles from waterfalls along the trail, once they thawed of course, in true trekking style.

So much snow had fallen in the blizzards that we passed multiple trekkers forced to turn back. We stubbornly pushed on, and the trail rewarded us with a white winter wonderland that was basically our own.

On days with clouds, the mountains were draped with a grey pashmina and trees appeared silhouetted as if calligraphied with jet black ink.

When the clouds cleared, blue skies emphasised sharp ridge-lines of the Annapurna range that rose in stark contrast to fluffy blankets of snow. Not an elf in sight.

Nine days in, after sleeping in all my layers and (very fake) down jacket at 4900m, we started the final push for Thorong La as a fine team of seven. It was 5am, a clear sky and a -25 degree chill.

The ascent was TOUGH, man. It took all my strength to keep going. ‘I’m never doing this again’. Then, as the prayer flags welcomed our arrival to 5416m and we stood amidst mountains, a tear was shed. ‘Thank god that’s over’. We celebrated, I took note of my slightly frostbitten purple nose, and ate the best Kit Kat Chunky of my life. ‘I can’t wait for the next time’.  Unfortunately, the next time might have to wait.

The immense descend that followed rendered me to walking with the aid of two poles as crutches. On the 23rd, after trekking a painful further 25km, despite hiking the full 180km, I had accepted defeat on the planned additional 100km and was on a twelve hour bus ride back to Pokhara.

The bus was forced to a halt by no less than four landslides, and I don’t know how the Nepalis can sit on their seats so calmly because I don’t think I made contact with mine for more than ten seconds at a time, my head smashing against the ceiling and windows on multiple occasions.

My saving grace was that the hostel had put together a potluck style dinner for the 24th (big up to Kiwi Backpackers). There was no gift exchange and complete strangers became close friends within hours. On Christmas Day, I mostly read on the rooftop with a spectacular view of the sacred Machhapuchhare (Fishtail) Mountain and revelled in the simple tranquility. The only reminder of the ‘special date’ came from the messages I exchanged with loved ones old and new around the world. I don’t think I’ve heard Bublé once this year.

Also, my Indian visa just got granted so that’s kind of cool.

Make your own journey – find out about trekking in Nepal