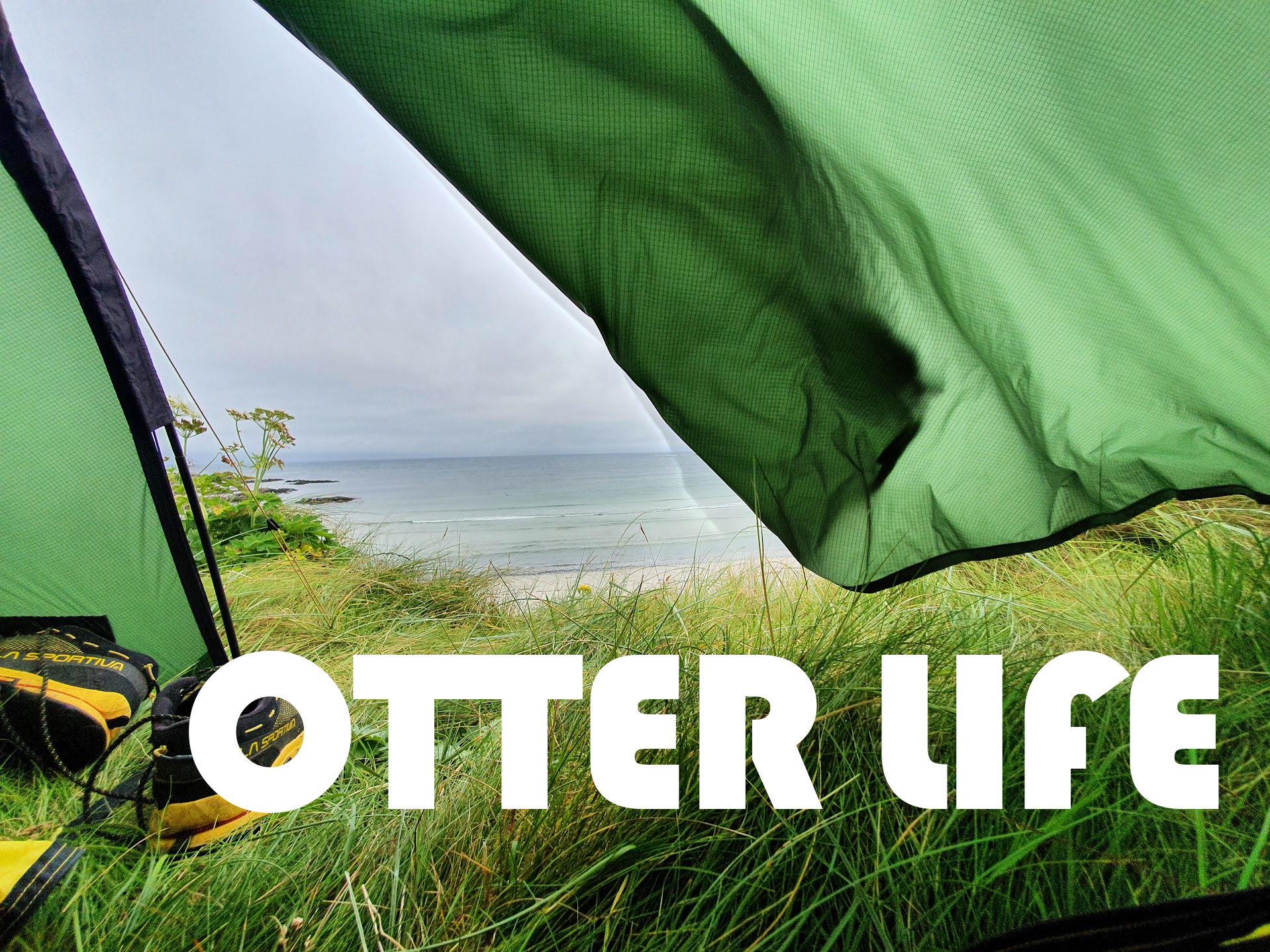 My bike is called Otter, she’s been my faithful companion for a number of years now, mainly for commuting. However, earlier this summer we took the rather deep plunge together of going on a cycle tour.

My main sports are climbing and fell/trail/ultra-running (anything that involves an excuse to walk uphill essentially) so cycle touring was a rather new adventure. I’m not fully sure where the idea to give it a go came from; I think I just decided it looked quite fun. Fast forward to the start of July, and I found myself on a ferry from Mallaig to Armadale on Skye with a friend from the climbing club at uni cajoled along for the ride. (I later discovered he’d done some cycling holidays before, not as novice as he let on!) The original plan had been to cycle up the Outer Hebrides, and then back down the West Coast, however due to my inability to book ferries until the week before and some uncertainty around dates due to graduations, we had to reverse the direction to be able to make the crossings work. I think it ended up better though, with the harder West Coast out the way, allowing for a more relaxed second half.

The first day of cycling started well although I swiftly realised that one packet of tortellini for dinner was not enough to fill me up.

I had several moments where I felt a bit overwhelmed by the task ahead of me, with my mind frequently wandering to the thought of ‘it’s ok, I could just cycle back to the car within a day’; but once we’d crossed the Bealach na Bà at Applecross (the highest mountain pass in the UK, a great one for your first day of cycle touring….I hope you can hear the sarcasm) those thoughts were quickly dispelled as there was no way I was going back over. With 55 miles and a decent amount of ascent, fish and chips at the bottom never tasted so good and the yellow weather warnings that had accompanied us up the motorway didn’t make their appearance until the evening,

Over the next few days, we wound our way up the West Coast, eating massive dinners (although I kept eating my breakfast when I woke up in the middle of the night) and trying to dodge the midges. Poolewe was a particularly stunning spot with our first proper bit of sun and a wash in the sea, I wrote a couple of snippets whilst sitting on the rocks by the shore.

“Oyster catches peeling the setting sky open with their calls. The sun glinting through the intricate lace of clouds draping the bay, handsewn together by the weather; wind for the holes, rain for the pattern and sun to bleach it white. The sharp distinctive tang of seaweed tickles my nose as I watch the waders in their teeniest of pitter patters flit across the shore.”

Throughout the next week we crossed from Ullapool (if you haven’t been to the Seafood Shack there and had their haddock wrap, especially when you forgot to buy breakfast the day before, then I’m not sure you’ve lived) to Stornoway on the Outer Hebrides and gently settled into the rhythm of cycle touring. At times I found it a little stressful, half an eye always kept on looming rain clouds, wondering whether I needed to pack away the optimistic solar charger slung over my panniers. Other times my body felt attuned to the weather and the lie of the land, the hills a statement, something requiring further effort from my legs accompanied by a thin film of sweat. A rather different method of travel to merely pressing harder on the right-hand pedal.

Our first night on the Outer Hebs was a wee bit tragic, and the lowest point of the trip. With no decent spots on the road heading north late at night after the ferry got in, we ended up on some rocks and between concrete blocks by a fishing lock. The midges nearly exsanguinated us, and breached the tent, meaning I slept in a head net for the night. Singing to myself was required to distract from how grim the current predicament was.

The rest of the week however was a gorgeous meander down the Hebridean Way. A medley of calligraphic beaches bordered by mountains, and evenings spent by the sea, watching the oyster catchers thread the tide line. We washed in the sea most evenings, a rhythm I delighted in and found brought me in step with the pace of the journey. North Uist even spoilt us with an afternoon of roaring sunshine, and I bobbed about in the sea with my eyes shut against the reflected light, feeling on the cusp of merging into the seascape that held me.

I wrote a little poem while we were on Luskentyre beach, it’s nothing much but here goes:

Cycle touring as a method of travel surprised me in many ways.

The slower pace made each day feel like it spanned at least two, or three, because it gave me time to notice the area around me in greater depth than I’ve previously experienced. It also leaves you more open to interaction with people, where the necessity of a car door otherwise creates an obvious barrier. Greetings and smiles from those in their gardens, accompanied by passing enquires about our journey’s start and end, lent a feeling of community on the road.

Our final day of cycling saw us ploughing through a heavy headwind all day, and exhausted we finally made it to Lochboisdale. A reminder that had the weather been in cahoots against us, the trip could have had a rather less relaxing feel. Our ferry back to Mallaig at early doors had an odd feeling to it, I’d got rather used to the routine of wake, cycle, swim in the sea and allowing the landscape to sustain me. Though I won’t fib it was nice to be in a bed having shared a tent that was too small to sit up in for two weeks!

With thanks to my friend for joining in on my idea and to Otter for having nothing go wrong mechanically as that really isn’t my area of expertise….