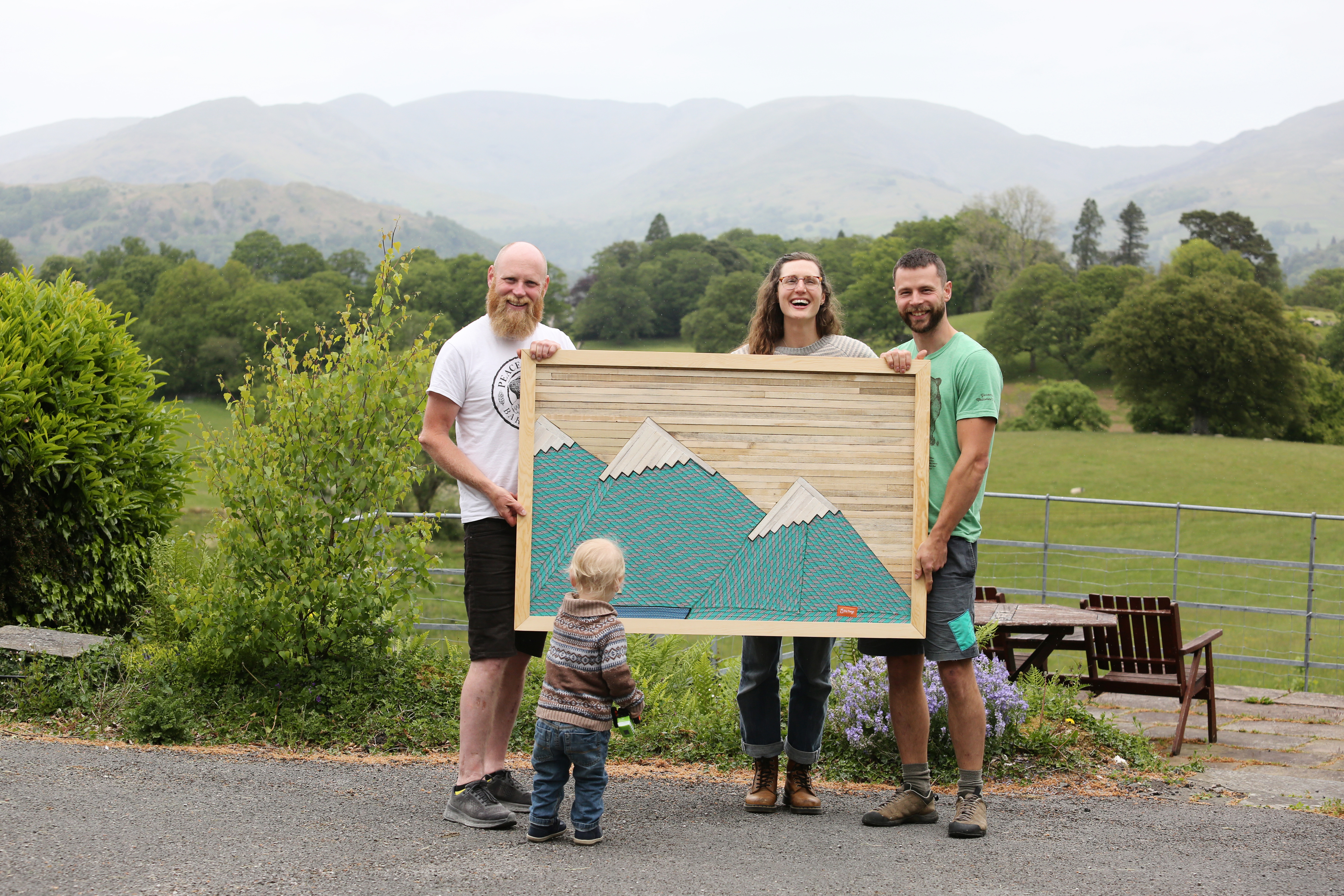 Rope is more than a tool. It travels with us, we lug it up to the mountain and we trust it (and belayer) with our lives. Part of the loved kit for climbing, part of the checklist. The climbing rope we get through the doors at Dirtbags HQ is retired and sent to us for lots of different reasons. Becoming frayed after lots of use, too long unused, renewed as part of an activity centre’s/climbing wall’s safety check. Rope needs to be new, and safe.

Joe Beaumont contacted us after retiring a rope that meant a lot to him. Understandably, handing over something for someone to chop up and sew was a hard choice. A 40m fall onto this rope had marked the beginning of a long road of recovery and rehabilitation for him, it had become a symbol and reminder of Joe’s journey and his incredible achievements since the accident. He wanted a commissioned piece to grace the walls of the new chapter in his professional life; a good old bricks and mortar cafe.

Joe utterly embodies his ethos ‘healing through happiness’ and we were delighted and touched he had come to Dirtbags to create something special.

The wood was taken from reclaimed scrap pallets. James sawed, sanded, measured and laid the pieces onto a plywood base. The same for the mountain tops, which were then covered with a lime wax for a white sheen.

The rope was washed (well!), cored, then stitched together to form a sheet of ‘fabric’ to use. We cut the fabric to match the shape of the sky and mountain tops, then affixed the pieces. With small triangles of hardwood for the trees and a handmade teeny tiny washer and wire bike, we placed them alongside the blue rope lake in the bottom left of the picture. James carefully made a frame to tie it all together.

Rather than becoming a rug to, in time, wear out, the mountains of rope will stand pride of place serving as a reminder of how fragile life can be, and how to live and enjoy every moment we have.

Want to visit the new Cafe? Check for updates and opening times here 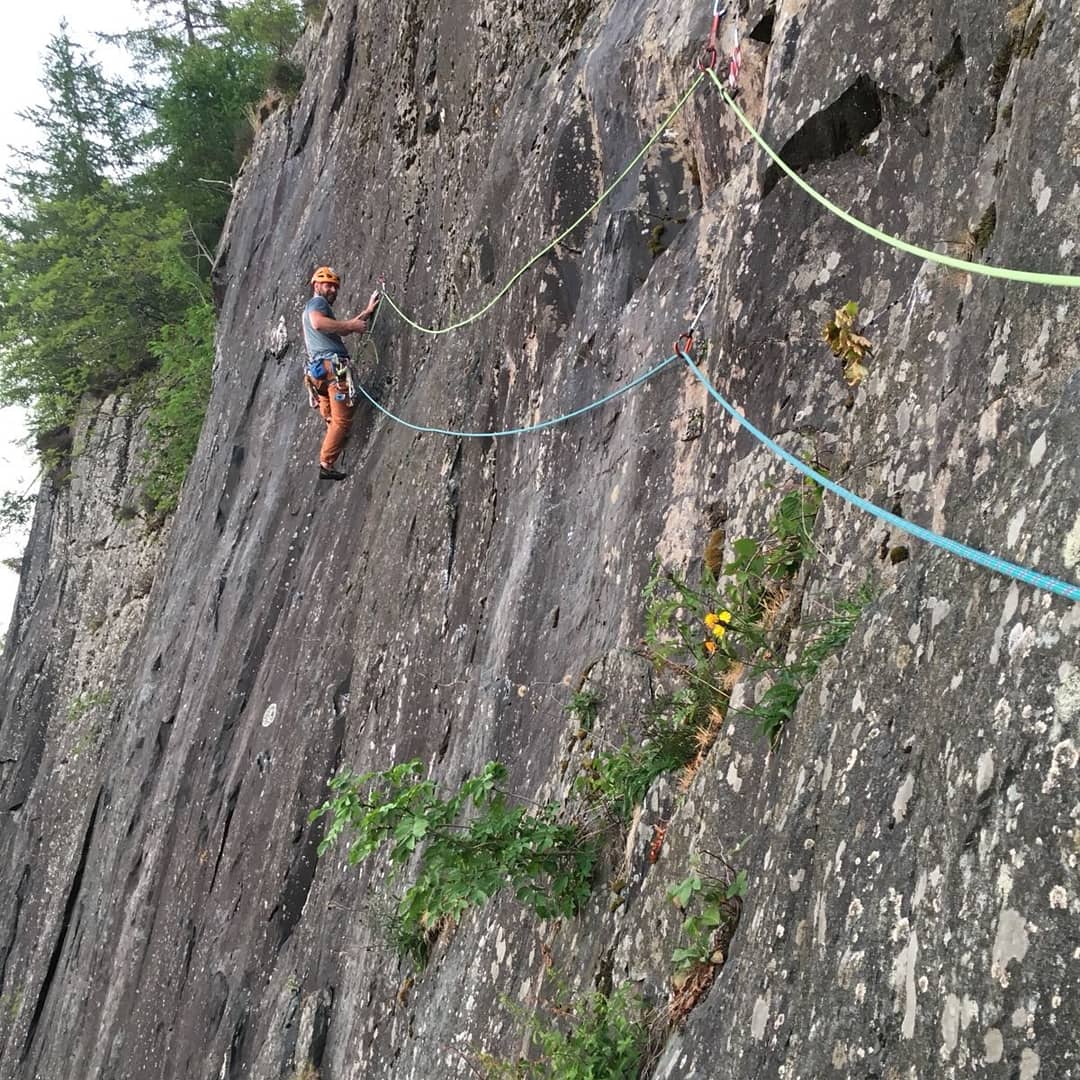